This week opened at SPX 2898 and made the low for the week at 2896 within the first hour.  The market then had a steady rally up to 2936 by Tuesday lunchtime, before drifting off slightly into close.  Wednesday morning saw a slight higher high at 2937 before a larger pullback of 24pts occurred into Thursday morning followed by a swift move back up to 2933.  Friday spent the day within Thursdays range until the last hour when it broke out to close at the weeks high of 2940.

On the economic front, we saw an uptick in New Home Sales & GDP (Q1).  There were negative reports for Existing Home Sales & Core Durable Goods Orders. 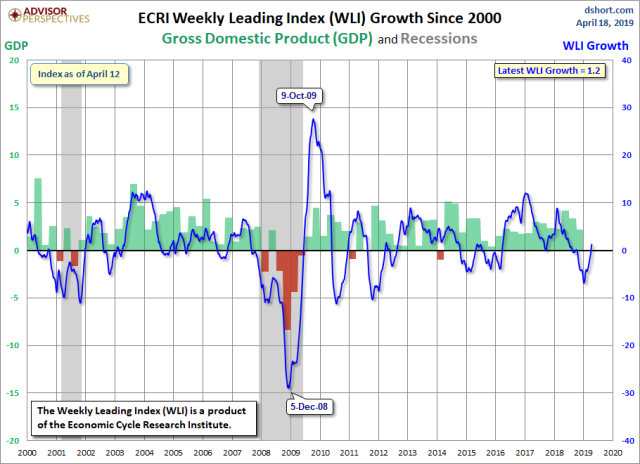 In the US, the long-term count remains unchanged with the Super Cycle SC2 low in March 2009.  The Primary I high occurred in May 2015 and Primary II low in February 2016.  Major wave 1 high occurred in October 2018 and Major wave 2 low in December 2018.  Intermediate wave i of Major 3 is now underway. 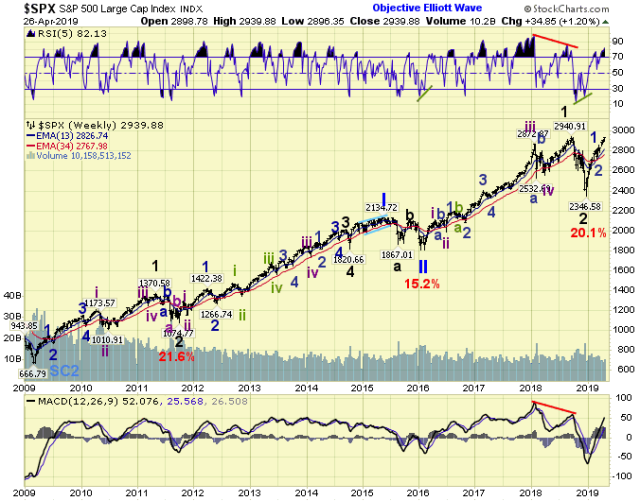 We maintain our SPX wave count with the Minor 1 top at 2817 and Minor 2 bottom at 2722 with Minor 3 underway.  As expected, Minor 3 is subdividing with Minute i at 2852 and Minute ii at 2785 with Minute iii underway.  With NAZ and NDX already achieving all-time highs, SPX Minor 3 is expected to follow in the coming days/weeks.  This week the SPX found resistance at the 2929 pivot until the final hour and closed just 1pt off the all time high.

We are counting the high at 2852 as Minute i and the low at 2785 as Minute ii.  The rally off the Minute ii low also appears to be subdividing into Micro waves as shown on the 60-minute SPX chart with Micro 3 still underway.  Since Micro 3 began at 2788 there hasn’t been a pullback larger than 26pts, typical resilient 3rd wave action.

Short term support is at the 2929 and 2884 pivots with resistance at the 2957 and 2995 pivots.  The week finished with the daily RSI showing a negative divergence, and the hourly in oversold territory.

Crude oil remains in an uptrend but lost 1.2%

Gold is in a downtrend but was up 1%

If you’d like to become a part of the OEW Group and learn OEW continue reading. If not happy trading!

Over the past four years we have been compiling additional verified and quantified observations in the various markets. As a result, the 2019 lesson plan has been expanded to thirty lessons, with nearly all real time charts.

Objective Elliott Wave, (OEW), is a quantitative approach to the Elliott Wave Theory. OEW is not textbook Elliott Wave. It is a proprietary technique that defines every significant wave within bull and bear markets quantitatively. All markets are driven by long term investor confidence cycles. When the cycle is positive a bull market unfolds, when negative a bear market. The OEW technique not only determines if a market is bullish or bearish, it also determines how far a market has progressed in its current cycle.

Once you learn OEW you will be able to quantitatively research the historical price performance of any asset class, or stock, and determine its current position within its overall long-term trend. Quantified waves never change. Then using shorter term charts, you will be able to determine good entry and exit price areas in the asset you are tracking. It is not complicated. Actually, you will be amazed, after some period of time and dedicated study, how easily you will be able to discern the waves as they unfold. OEW quantitatively identifies all the medium, and long-term waves that create bull and bear markets. Every one! We have been applying this technique, successfully, for nearly 40 years.

If you are interested in learning how to do this type of analysis yourself, and joining our private OEW group, just contact me at JohnsonOEW@gmail.com for details. Best to your trading/investing.