Gold has reached another interesting juncture. While Silver tanked over 30% in May Gold held its’ own with only a 6% decline. Then after making that low in early May Gold started to rally again, and is now in another confirmed uptrend. The question now arises; Is this a B wave rally in an ongoing Major wave 4, or is Minor wave 5 now extending in this extended Major wave 3? 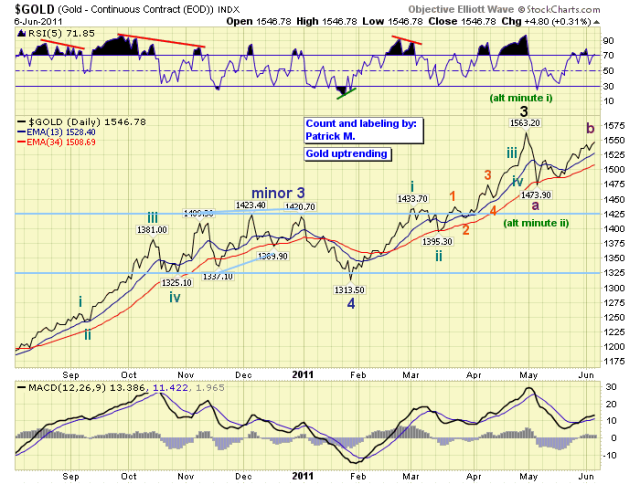 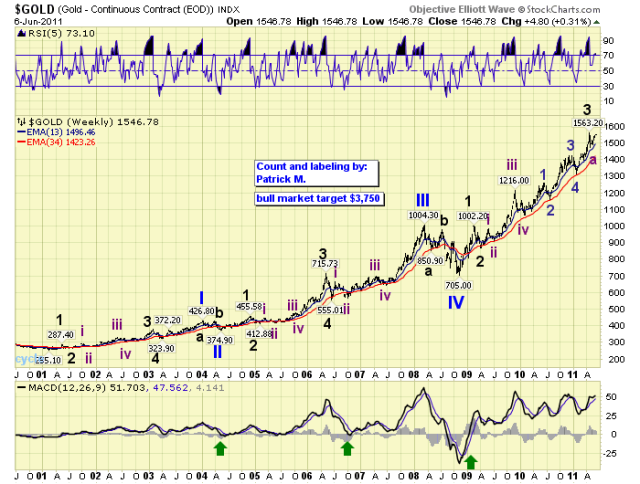 The more obvious count would suggest this is an Intermediate B wave rally within an ongoing, and more complex , Major wave 4 correction. Currently we are displaying this count as the primary count on the Gold charts, with the extension of Minor wave 5 as the alternate count. Should Gold break out to new all time highs the Minor wave 5 count would gain in probability. 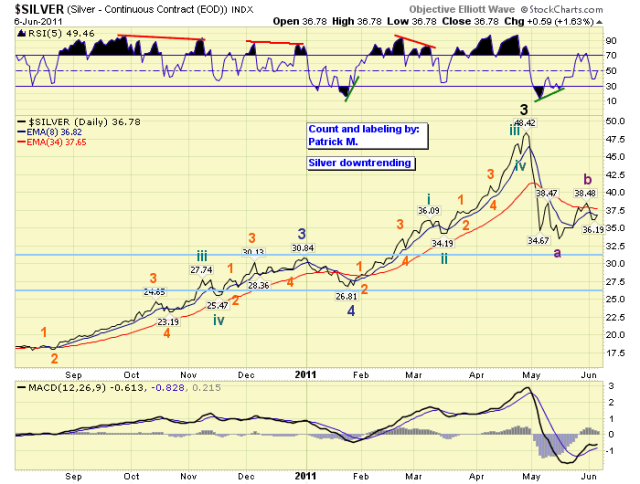 Recently Silver’s charts, oddly enough, look more like the Crude oil charts than Gold. We’re still expecting both to complete their corrections within the light blue band posted on their daily chart. 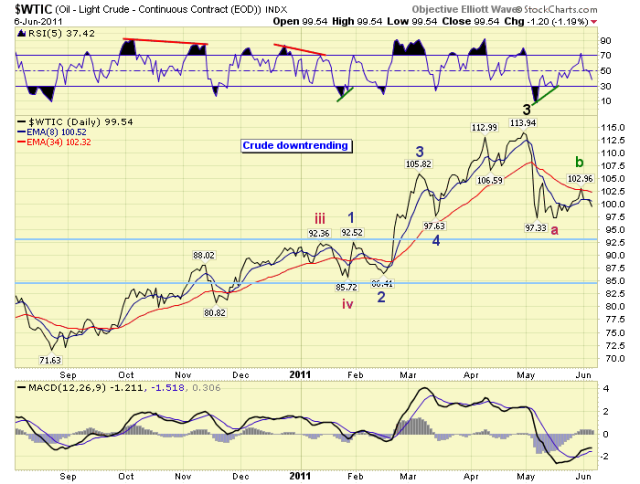 You can follow Gold, Silver and Crude by scrolling down the following link:  http://stockcharts.com/def/servlet/Favorites.CServlet?obj=ID1606987&cmd=show[s67199592]&disp=O. Best to your trading/investing!